Try a week FOR FREE!!! (Click here for details)

YOu can do this.

YOu can do this.

fight for your life.

It is the only thing that really works against Parkinson's.

If you don't fight PD, it will steal your life away little by little…

and if you’re here, you’ve got a lot of fight left.

We have Exercise, knowledge and a community to support you

Everything you need to kick Parkinson's in the teeth.

You can do this.

What's included in the program?

"I love the program and it has been extra valuable during the pandemic."

What is included in your Membership?

We have a huge selection of PD specific workouts with a new one every week.

We have something for everyone no matter what level of fitness or what stage of the disease you are in.

Every Monday, Wednesday and Friday

we host a live streaming workout.

We have a chat box for comments, questions, and jokes from the whole crowd.

The workouts are fun, thorough, and challenging for any level of fitness and any stage of Parkinson's

You and I can talk any time you want.

Pick a time and I will call you.

We can line-out your exercise program,

just talk about fitness or

This is personal for me, too.

I want you to succeed and I know you can.

I see it every day.

in your daily life.

There are special considerations

when it comes to exercising at home

Check out a blog

The strength of a group

is in its members.

Our members have access to a Private Facebook Group where we help keep each other active and engaged to help you stay engaged.

PD can be isolating and embarrassing, but you are not the only one going down this road.

We are all in this together.

"The program works out so well for [my mom] -- she's actually been doing one [workout] almost every day, which is awesome.

I particularly appreciate how approachable it is and you are, so thank you so much for that. It's just right for her right now."

Every Monday, Wednesday and Friday we all meet up online to workout together but apart.

Take the fight to Parkinson's.

Every week a new workout goes into the library.

You can try something new or stick to your favorites.

Each workout is specifically designed to fight

the symptoms and progression of PD.

We get every muscle going every direction in ways proven to fight the symptoms and progression of PD.

No special equipment is needed.

Even little things change make a huge difference in your daily life.

With the Blogs and Vlogs, I  share with you some of the tricks and techniques that I have learned over years of working with people fighting Parkinson's.

“If you know the enemy and know yourself, you need not fear the result of a hundred battles."

"I have never been in better shape since even before Parkinson's."

Zach has a personal mission to help you succeed in your battle against Parkinson's Disease.  After losing his father to Parkinson's, he has been determined to help as many people as he can fight PD with exercise and knowledge.

Using years of experience and success working with people with Parkinson's, Zach has designed this program of online workouts to help you take on PD through exercise.

This isn't just a workout.

This is a fight against Parkinson's and we are taking it to the source.

Your Success is My Goal

Your Success is My Goal

I understand that starting a fitness program is difficult. I can help you make fitness a part of your lifestyle.

If you make the investment and commit to the program it will pay you back in LIFE.

My Dad had Parkinson's.  He was a big, funny, quick witted guy who never met a stranger.  I watched Parkinson's slowly steal his life away over six years.  He became quiet, withdrawn and sad.   He just wasn't the person he had been.

His doctors did not appreciate the extraordinary value of exercise in combating PD.  They just thought that Parkinson's is how it would end for him. No Cure.  No hope.   WRONG.

At his care facility, the staff didn't want him to fall  so they never let him stand up.   They sat him down and he never got up again.  They never gave him a chance.   Ignorance and fear killed my Dad.

It does not have to be this way for you.

I became a Rock Steady Boxing coach and started The Parkinson's Gym to keep what happened to my Dad from happening to anyone else ever again.

But every day is better when you have done your best to put up a good fight.

Trust me - Get in the fight.  You will not regret it.

"Just had another great 6-month checkup... No changes, no meds increase. Thank you!"

All of the videos are available online so you can access them anywhere you have internet and a device that can play video.

-On your own time-

-In your own place-

The whole family can join in.

Be prepared to kick their butts.

I am a certified PWR! Instructor.

The PWR! (Parkinson's Wellness Recovery) Moves have been shown to help improve flexibility and mobility in the areas that are most affected by Parkinson's.

Each video includes PWR! Moves and exercises to help you warm up and maintain or improve your mobility and range of motion.

PD wants to make you small.

PWR! will help keep you BIG!!!

As we age our muscles shrink and deteriorate.  This impacts our balance and makes us more vulnerable to injury.

Regular strength training is essential to maintaining your muscle so that your body has the structure necessary to move and protect itself.

In the workouts we go through exercises that help you improve your functional strength to help you in your daily living.

This isn't about having big biceps.   It is about being healthy.

can't reach as high, open your hands as wide, stand up as tall.

Every video includes flexibility and mobility exercises that target the key areas of the body most often impacted by PD.  Regularly moving each joint to its full range of motion will increase your mobility.

"He is walking faster and not dragging the heals of his shoes; and helping at home; doing the shopping;  mowing the lawn with the tractor;   His posture has improved also and he brags about the boxing classes."

Join up and get going!

I just want you to exercise and feel better.

My dad did not have any one who knew what kinds of exercises to do fight Parkinson's.   He did his best on his own but it just wasn't enough.  He needed someone to help and encourage him through the appropriate exercises at the necessary intensity.

The Parkinson's Gym is my way of bringing the exercise program to you, no matter where you are..

Most of the exercise videos on the internet are only few exercises and  only about 7 minutes long.  This is fine but you can only do the same 4 exercises for so long before you give up out of sheer boredom.

Here every video is a complete workout;

I am constantly coming up with new stuff so every workout is different and there are tons of workouts to choose from.

Fighting PD is a process.

The Parkinson's Gym is an on-going program for continuous improvement.

If you could whip through everything effortlessly, it wouldn't be exercise!

We demonstrate a lower intensity or lower impact version of almost every exercise.

Just keep working on it and one day you might surprise yourself and be able to do the stuff you couldn't before.

You may find that some of the workouts are a little too much or that they are too easy.   That is on purpose.  There is a huge variety symptoms and severity represented in our members.

And, we all have good days and bad days.

I describe each workout to help you select an appropriate level depending on how you feel and what you want to work on.

If your device can play YouTube videos, it will work for The Parkinson's Gym.

you can do the workouts.

The workouts are specifically designed for people with Parkinson's.  But that doesn't mean that other people can't benefit from them too.

But, try to keep up.

Almost everyone can benefit from a little more exercise in their life.

How do I start?

Once you get in your groove, it gets easier to follow along and easier to

And you will see results.

If you have not been exercising much recently, we have a 10 workout Start-Up Series that will introduce you to many of the main exercises and gradually get

up to full speed.

Try #1 by clicking the button below.

Commitment has its benefits: 15% SAVINGS!

There is no gym membership or personal trainer who can beat this price for unlimited Parkinson's specific workouts, information and personal advice.

Use Venmo. - Username: Zach-Guza
Contact me about other payment options.

This is how to get into gear and make fitness part of your daily life - COMIT to it.

You will see changes in every part of your life.

You will be amazed how good you can feel.

It takes 3 months to develop good habits and start to see results.  You will feel better after every workout but after 3 months you will see lasting changes.

Use Venmo. - Username: Zach-Guza
Contact me about other payment options. 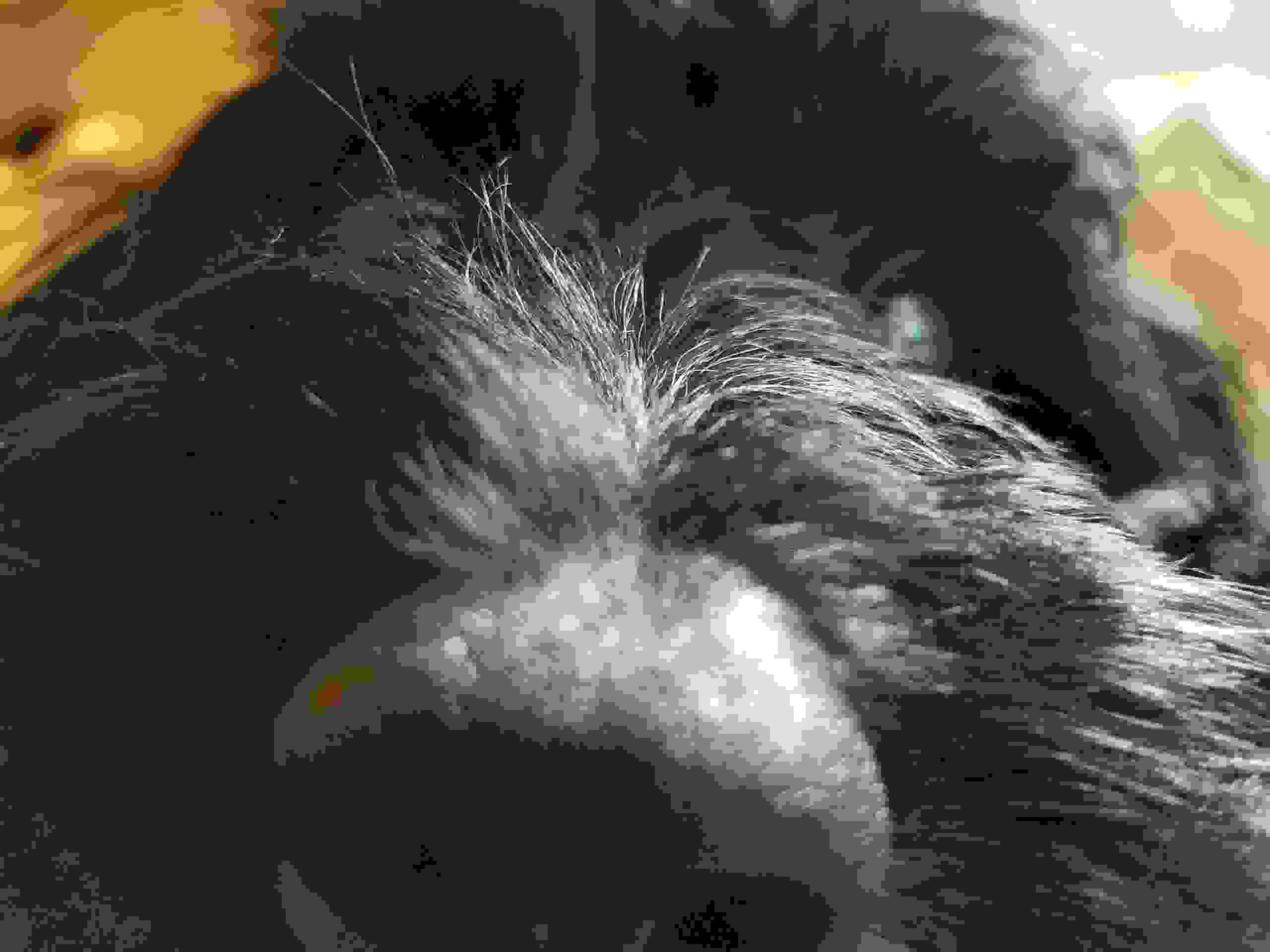 Try a week for free.

No pressure.   No commitment.

But get ready.   You are gonna love it.